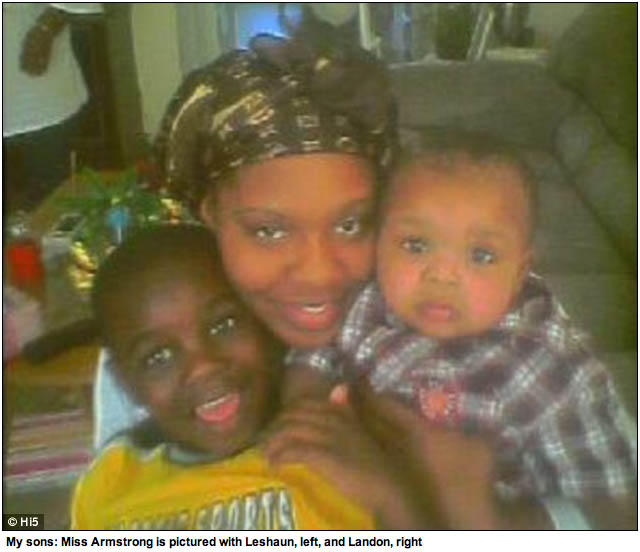 I was on my girl Sheneka Adams new website VixenGossip and saw this story that was really sad, but I think yall need to know about it…. Here’s what happen!!!

A Newburgh, New York mother fleeing a domestic dispute drove a minivan loaded with her three young children into the Hudson River, killing everyone aboard, officials said. The woman let her 10-year-old son out of the vehicle before plunging off a dock into the murky water about 8 p.m. Tuesday night, Newburgh police said. The boy ran to a nearby fire station to get help, but by the time firefighters got to the scene, the car had disappeared into the river.

Marine units and divers were called in and the vehicle was found about an hour later and pulled up by a tow truck. Inside they found the woman with her two sons – ages 5 and 2 – and 11-month-old daughter, police said.

“It’s a horrible sight, all of them in the car,” Newburgh Police Chief Michael Ferrara told the Times Herald-Record of Middletown.

Shortly before being alerted to the sinking vehicle, police said they responded to a call about a domestic dispute at the woman’s home about six blocks away, but when they got there, the house was empty. Details of the domestic incident were not immediately clear and the names of the victims were not immediately released.

The city of Newburgh, in Orange County, is about 60 miles north of New York City. The chilling episode bears and eerie similarity to the notorious Susan Smith murders. Smith made headlines in 1994 when she rolled her car into a South Carolina lake with her two young sons trapped inside.

Smith claimed she had been carjacked by a black man, but investigators later determined she had lied and had sunk the car herself. She is serving a life sentence.