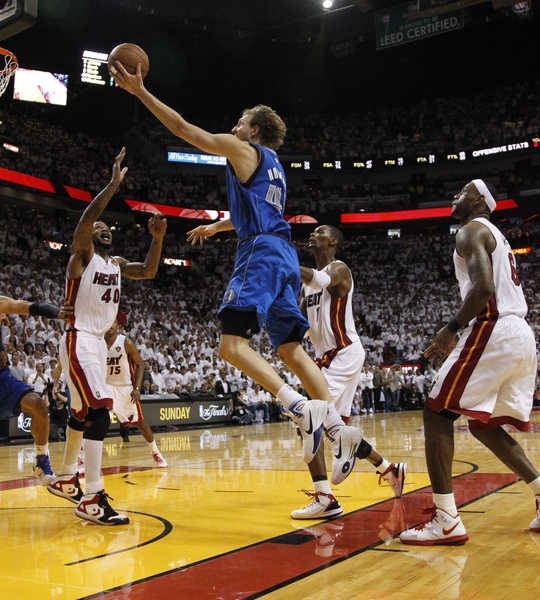 Now everyone who knows me for the most part knows that I dont really watch sports because it doesnt necessarily hold my intrest. However last nights game was one of the best games I have ever seen. With 6:20 remaining in Game 2 of the NBA Finals in Miami, the Dallas Mavericks trailed the Miami Heat 88-73 and looked certain to face a 2-0 gap heading into their three home games in the series. The Heat just looked like quicker, faster, and more engaged team, particularly Dwyane Wade, who finished with 36 points.

Dirk Nowitzki that man is good! Scoring his team’s last nine points and winning the game on the driving left layup. My boy D-Wade went up for a 3 pointer but wasnt succesful. The Dallas Team really came together in those final minutes. Dunno if I’ll watch anymore of the Finals however last nights game was great. Check out clips from the game below: