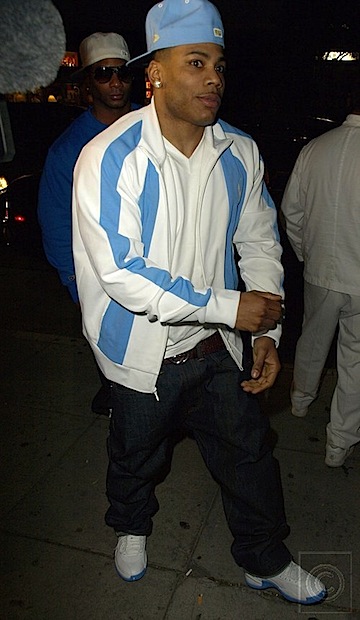 Nelly’s recently got caught in a back and forth dispute with his former business associates when they took the liberty to attempt to slander his name via twitter. The former associates calling Nelly:

A broke, pill popping, coke using, steroid abusing, gambling addict, who was seconds away from foreclosure.

In his response to the Twitter assault Nelly didn’t say the accusations weren’t true, but he did say don’t believe them. 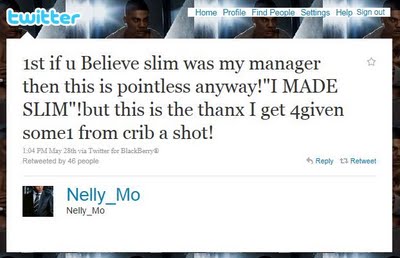 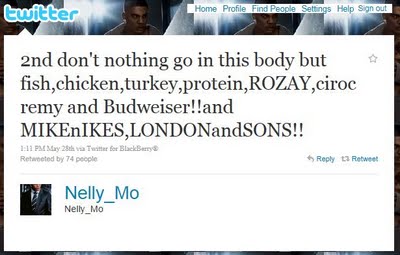 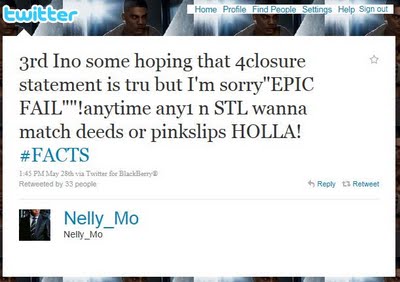 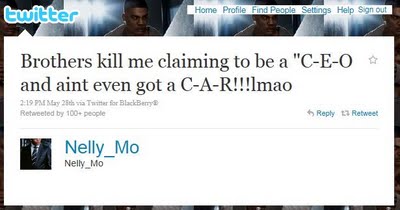 There you have it, the homie set y’all straight! LOL