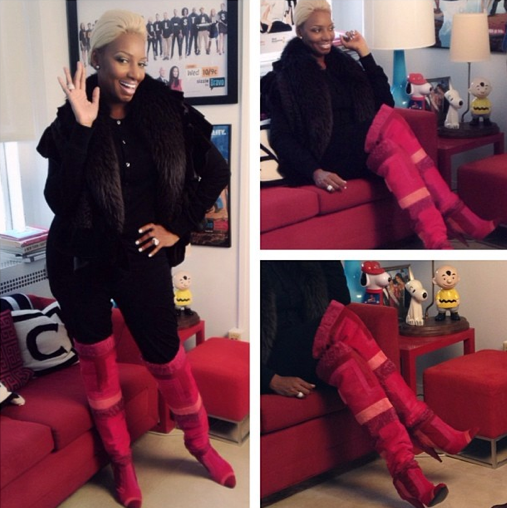 A little over 24 hours after the first ‘REAL’ physical brawl on the Real Housewives of Atlanta and EVERYONE is still amped about the BRAVO match. If you among the RHOA fans watching Sunday’s episode, then you witnessed a fight involving Apollo Nida (Phaedra Parks’ husband), Brandon (Kenya Moore’s close friend), and singer Christopher Williams who’s made a few cameo appearances on the show. Get the juicy details by clicking below. 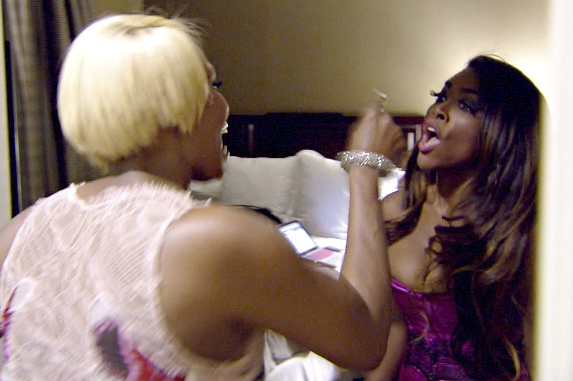 In short, NeNe suggest that Kenya is responsible for the brawl and hints that some unfair editing played a part in what viewers didn’t see. See although this all happened at her event, there is a LOT of stuff that the viewers did not get to see.  “I am all about a good read, throwing shade and even getting you together when need be but violence is never okay to me. I think it’s a sad display of behavior and I think it is sad to the black community to be a part of such negative activity!”

In the words of NeNe:

“I created this game called “Pillow Talk” and it all started from Gregg and I basically discussing our day once we got in bed at night! Obviously this party is for adults only with adult topics and content. I was the hostess with the mostess! The guests were invited along with a dress code and everyone knew what they were walking into. My intentions were to build couple unity within the group but as you can see, things got turnt all the way up! You ask why? Everybody in the room were asked questions that were touchy because that was the bases of the game! We all answered, including me and Gregg.”

“Kenya arrived three hours late to the party! I was really aggravated because we can’t really end the scene until all housewives have arrived! Keeping it real is what I do! Some might call it messy, but see it as you may!” 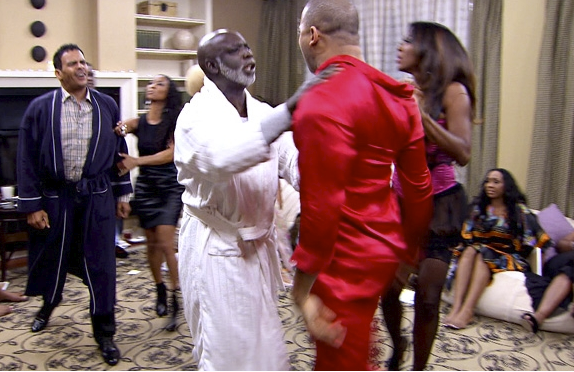 “Christopher had a question in his hand that he wanted to answer standing up for reasons unbeknownst to me! I walked past Christopher and took my seat! He then began to speak to Kenya about the false accusations Kenya had told his wife. Chris’s wife Natalie started saying “don’t back paddle now” and Kenya got up and charged out of her seat towards Natalie (but you couldn’t see that part) (I wonder why?). Chris stepped in to stop her but not in an aggressive way. Kenya then got all extra saying take your hands off on me! Her girlfriend in the red pajamas jumped up in Chris’s face and that’s when the explosion started. I don’t condone violence! I can’t control adults and it’s not my fault if adults decide to fight on their own!” 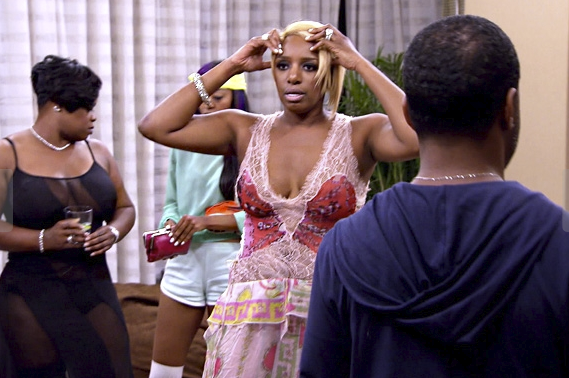 In my opinion Kenya was the spark that lit the fire. Whenever she’s around, we have the worst times! I’ve been on this show from the very beginning and we have NEVER had a physical altercation on this show!  I am bigger, I am better and for that I apologize!