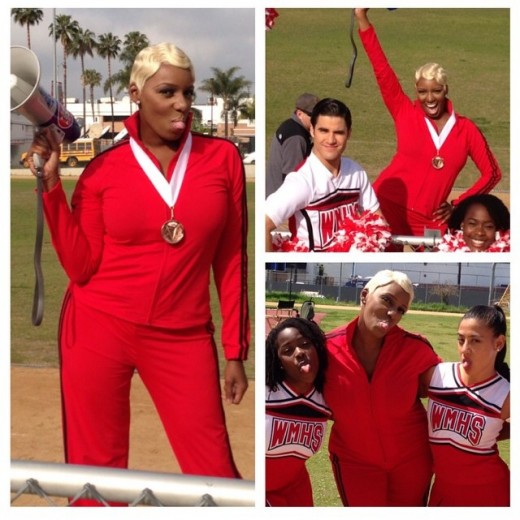 “Real Housewives of Atlanta” star NeNe Leakes will return to the “Glee” set for the show’s final season.

Real Housewives of Atlanta reality star NeNe Leakes is heading back to “Glee”. TheWrap.com reports that NeNe will have a cameo in at least one episode in the show’s sixth season.  She will return to the role of Coach Roz Washington, who has appeared now-and-then since season three.  NeNe‘s character most recently appeared on “Glee” last season, when she played a key role in helping McKinley High’s cheerleading squad win the national tournament.

NeNe shared this message with her Instagram followers sharing her excitement about the return of Coach Roz Washington:

NeNe Leakes is doing her thing as she heads back to “Glee”, gear up for Broadway as she stars next to KeKe Palmer in Cinderella, and film the current season of RHOA. NeNe Leakes is RICH indeed! Go head NeNe!