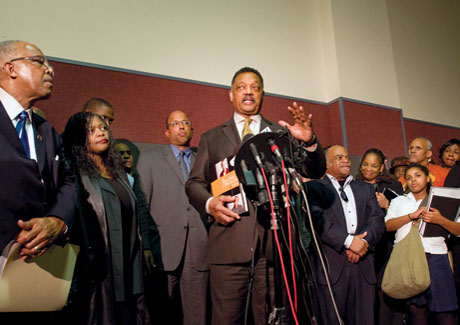 An editorial in a newspaper that focuses on the black communities of Portland, Oregon and Seattle, Washington is urging readers not to call the police in the event of an emergency. The editorial in “The Skanner” newspaper follows the police shooting of an African-American man last month. The article reads, in part, quote, “we cannot have faith that innocents won’t get caught in the firing line when trigger-finger officers arrive in force.” 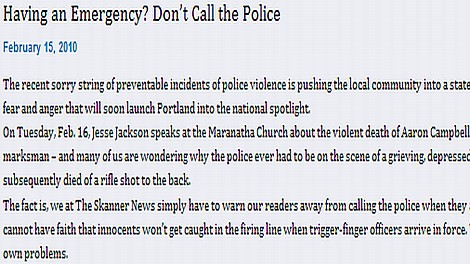 Aaron Campbell was shot in the back by a Portland police officer. The incident brought in civil rights leader the Reverend Jesse Jackson to Portland for a rally this week. WOW.. What would yall do?