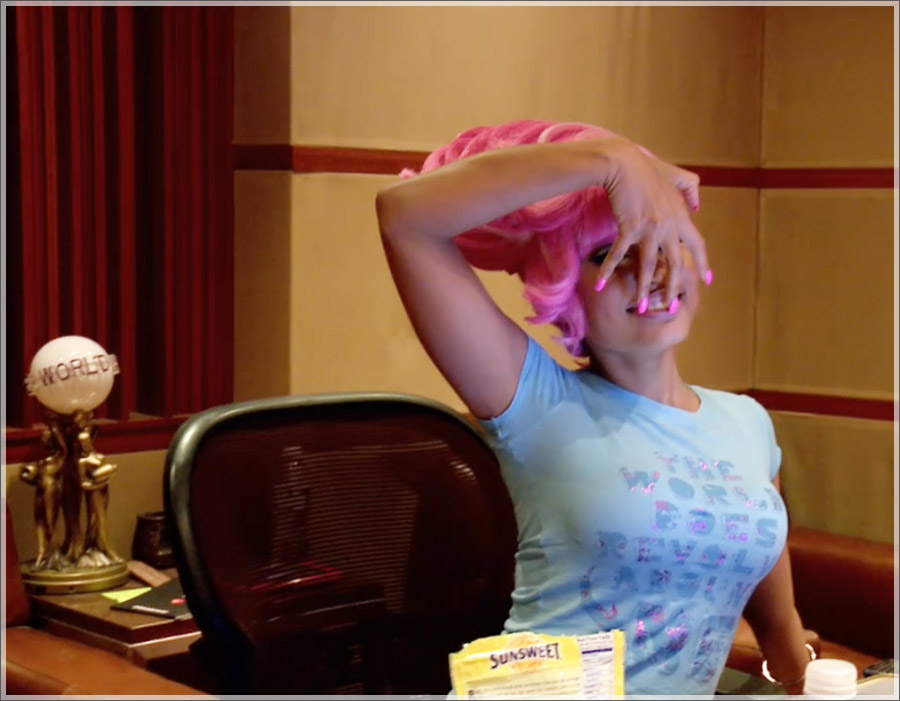 (11/29/2010) Television was extremely busy last night with the Soul Train Awards, Real Housewives of Atlanta, and Nicki Minaj’s documentary. I was busy going from channel to channel, trying to keep up! Ultimately, Real Housewives of Atlanta won the battle, but I did catch My Time Now a little later. Hate her or love her, Nicki Minaj is definitely not slowing down! Get into the scoop after the jump!My Time Now was an hour long documentary giving viewers an in depth look into Onika Miraj’s (Nicki’s real name) life in the six weeks leading up to debut of her first album Pink Friday which hit stores on November 22nd.

When I write a rap, like, my brain doesn’t compute, ‘Now write rap.’ It doesn’t. You just have to let it happen and just don’t second-guess yourself too much and then it gets done,” she says. “To me, music is spiritual, so it moves you in a weird way that you cannot teach in school. I’ll hear a beat and words just start coming to me.”

The documentary also showcased Nicki’s debut performance at the 2010 VMA pre show, footage of her recording Pink Friday, and her actually performing in Trinidad where she’s originally from. According to the footage, Nicki hadn’t returned to her native country in almost 7 years. Nicki also opens up about her father’s crack addiction, moving to New York, and her relationship with her grandmother. For those of you who didn’t catch the airing, the video is below! What are you all thinking about Nicki? Did you catch the airing? Is she all hype?