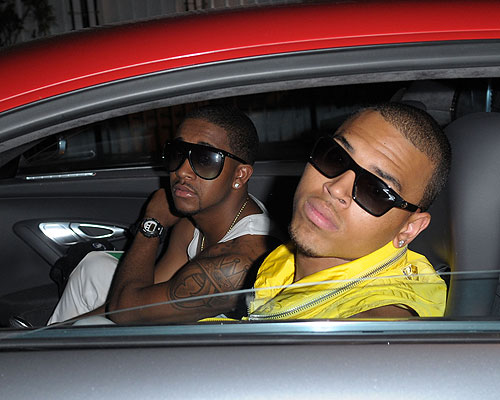 I know I am late posting this but I got a call from someone that was very upset saying thats so fuck*d up that I even reported it. So let me be the first to say sorry for not checking into the story more…. LOL Omarion is clearing up a recent rumor about his sexuality. The singer took to his Twitter account over the weekend to shoot down speculation that he’s bisexual. Lowkeymessy said Omarion tweets, quote,

“Check it out ‘I DID NOT RELEASE THAT STATEMENT,’ whatever you like is your business but I AINT GAY OR BISEXUAL, I love women PERIOD!!!!”

The blogosphere began buzzing over Omarion’s sexuality after a press release surfaced online claiming to be from the former B2K star. The release said there were people out to profit on Omarion’s personal life, adding that the vocalist is a, quote, “respectable, mature, proud, bisexual man.”

Omarion’s last release was 2010’s “Ollusion.” The record peaked at number three on the Billboard R&B/Hip-Hop Albums chart thanks to the singles “I Get It In” and “Speedin’.”