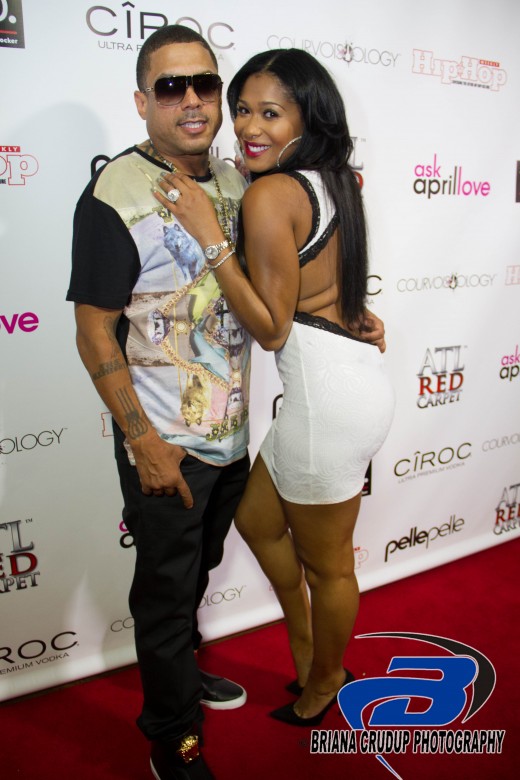 Althea is the latest Love and Hip Hop Atlanta Character with a sex tape and the beef between she and Joseline Hernandez has spilled over on Stevie J and Benzino. The once best friends are beefing big time on Twitter. The girls are fist fighting at the Reunion Show.

I think the secret is officially out of the bag about Ms. Althea. Throughout the entire season of “Love & Hip Hop Atlanta,” everybody claimed to know a big secret about Benzino’s fiancée, Althea Heart. Nobody would ever say; she even confessed to sleeping with Stevie J before somebody else could beat her to it.

Althea took a screenshot of an exchange between Benzino and Stevie, where he accused Joseline of sleeping with several other men, and posted it to Instagram in response to the photo leak.

Well I guess we can see that all is not well with the best homies. But while Althea is showing off Tweets she needs to be releasing a press release about these new images and videos of her doing her thang. I see you Althea; well we ALLLLLLLLLLLLL see you Althea. The homies over at Baller Alert recently received some photos from an “anonymous” source and things aren’t looking so good for Althea. In one photo, she can be seen posing completely nude while bent over a kitchen counter.

In addition to these lovely images; there’s a sex tape. The sender would not verify who  the man in the video. Hopefully the couple are pulling a Mimi Faust and Nikko. We don’t know if Stevie J is behind this leak but it seems rather convenient.

You can find the NSFW video and the uncensored photos on Baller Alert.

Story is evolving. Why can’t they all just get along?