Oprah Winfrey stays busy. How does she do it all? She is the head of her OWN which is AWWWWWWWWWWWWWWWWWESOME!

She has a new film coming out with Forest Whitaker called “The Butler“.

She is on the cover of Essence Magazine June 2013 issue with her 2nd BFF Tyler Perry.

The Weinstein Co. released the first trailer for Lee Daniels’ forthcoming film “The Butler“, starring Forest Whitaker, on Tuesday. “The Butler” is the first big-screen appearance that O has made since her epic recreation of Toni Morrison’s “Beloved” back in 1998. We have heard Oprah’s voice as the protective mother of Princess Tiana in “Princess Tiana and the Frog” back in 2009.

We are so excited to see O back on the big screen.

“The Butler” is inspired by Wil Haygood’s Washington Post article about a black man who served as a White House butler to eight presidents over three decades. Oprah plays the wife of Whitaker’s character, Cecil Gaines in the film.

The story follows the life of Mr. Gaines as he works for 8 different presidents from 1952 to 1986. Can you imagine the stories this man could tell?

So place October 18, 2013 on your calendar. We have to support this film! #winning 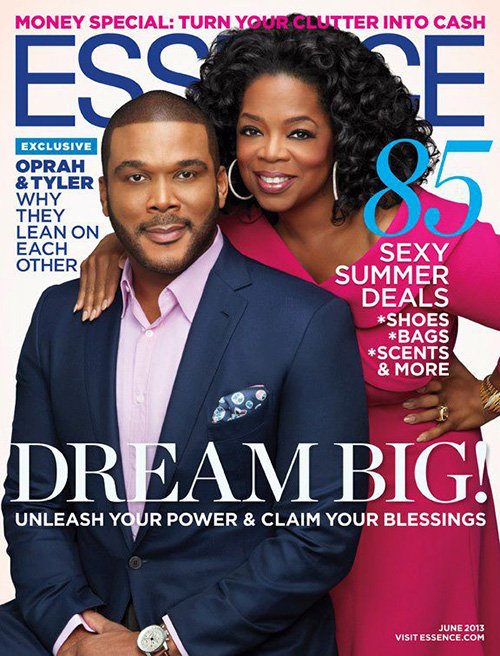 In addition to “The Butler” O is on the cover of Essence with her 2nd BFF Tyler Perry.

O and TP have joined forces and have some amazing projects coming to OWN. The TV shows look AWESOME! It is so nice to have a network for us. Kudos to O. You inspire us lady!

On the importance of friendship:

“The most important thing about coming together was making sure we would not lose our friendship because of the business. We have to established ground rules. The main one: Both of us have to continue to live in our truth. If she doesn’t like something, say it. If I don’t like something, I’ll say it. And we’ll figure it out and keep moving on.”

Oprah Winfrey:
On working with Tyler:

“We both know how rare this is. Where else in the history of our African-American culture have two really, really successful people who can do whatever they want said, ‘Let’s come together and be more powerful – let’s take it to the tenth power?’”

Story via: CNN and Essence.

Will you be checking out the movie or Essence magazine?

Before the pandemic, covid, and now we are back outside in time to see the highly anticipated movie starring Jennifer Hudson, as the legend...
Read more
Artist Collaboration