President Obama To Appear On ABC’s “The View” 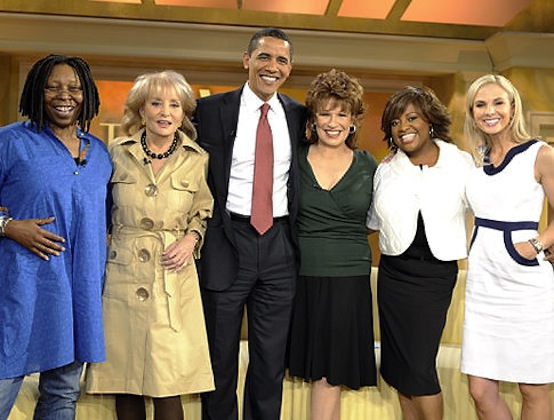 President Obama is about to go where no sitting president has gone before — to a daytime talk show. The commander-in-chief is scheduled to appear on Thursday’s episode of ABC’s “The View” as part of the show’s “Red, White & Blue View” campaign. The President will become the first sitting U.S. president to appear on a daytime talk show. According to “The Los Angeles Times,” President Obama will tape his interview on Wednesday ahead of the Thursday airing. He is expected to talk about jobs, the economy, the oil spill in the Gulf of Mexico, and his administration’s accomplishments. He will also discuss lighter fare, like living in the White House with his family. “View” host Barbara Walters will join her co-hosts to interview President Obama. The interview will mark a return to the daytime show for Walters who has been recovering from heart valve surgery.