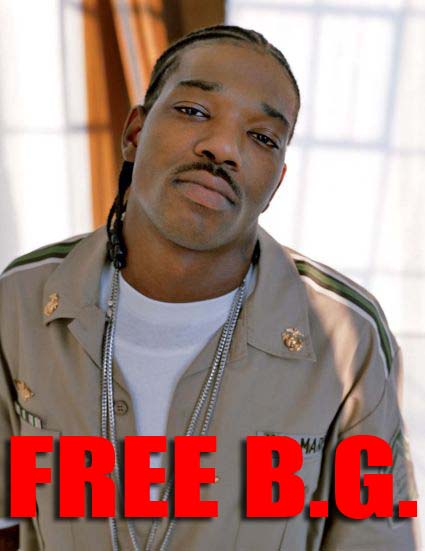 People please be safe out here… The rapper who helped popularize the term “bling” in song and pop culture is going away to prison for a very long time. The former Hot Boys rapper B.G., short for Baby Gangsta, has been sentenced to 14 years in federal lockup for gun possession and witness tampering. B.G., who came up alongside hip-hop superstar Lil Wayne as part of the early Cash Money Records roster, previously pled guilty to being a felon in possession of a firearm during a 2009 traffic stop in New Orleans. He was later accused of obstructing justice by coercing one of his pals to falsely claim ownership of the gun. Sources report B.G. already had a lengthy criminal history that includes links to two alleged murderers. I can remember back in the day when his hit record ‘Move Around’ featuring Mannie Fresh took over and became one of the top skating jams out and still today.. –

The rapper, whose real name is Christopher Dorsey, is best known for his 1999 hit “Bling Bling,” which featured verses from Lil Wayne, Juvenile and other members of the Hot Boys crew. Â The song helped popularize the hip-hop slang reference for shiny for flashy jewelry.

Yall don’t kno nothing bout that New Orland music or do you!!! 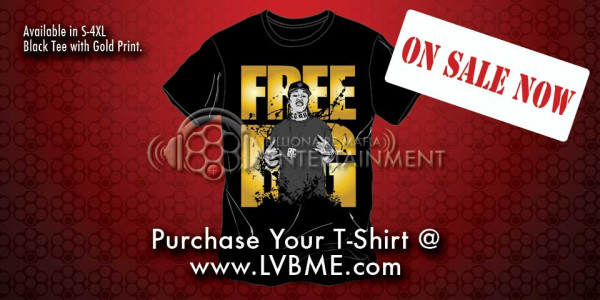 You can help support him by buying one of his FREE BG T-SHIRTSÂ ((ON SALE NOW CLICK HERE)). B.G.’s going to the big house but Â before he went in he tweeted photos of some of his celeb friends that got the shirt… Check out the pic’s below…