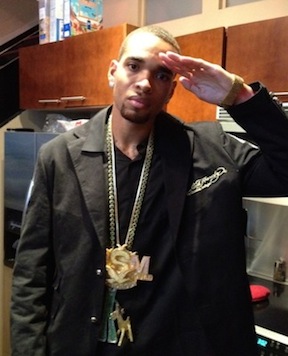 Channel 2 Action News have now confirmed that rapper Slim Dunkin has been shot and killed.

Dunkin, whose real name is Mario Hamilton, was shot and killed Friday night according to his attorney, at an Atlanta music studio .

The attorney said he was taken to Grady Memorial Hospital where he was pronounced dead.

Update: A couple days ago the 20 year old Atlanta native Tweeted “Heard these niggas Tryna turn up in the city dunk, empty clips have em dancin’ like dey Diddy dunk @wakaflockabsm #LightzOn.” His loved ones have reached out to me expressing their hurt and wondering why and how this could happen? It is just crazy because I just took pictures yesterday at the Gucci Mane video shoot (photos coming soon). The streets of Atlanta are talking and I can say…it ain’t good. It was previously reported that he was shot at Gucci’s video shoot which is a complete rumor. So don’t go throwing Gucci under a Marta bus All I want you all to do is be safe.