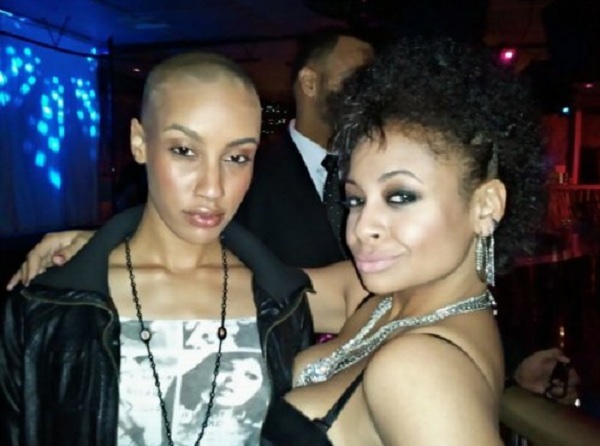 Raven Symone’s family were furious when she revealed that she was a lesbian, according to reports(I was told not so much, this is nothing new to her family who lives in GA, in-fact a few of my friends have been in relationship’s with her). I was told exclusive that her family is not furious just upset and how it was kept from them and now how the public sees all the drama. The Symone family is a very private family, and has very southerner ways… Exclusive coming!!!

Earlier this week we found out that the Sister Act actress had been “in the closet” for years, but was ready to reveal the truth about her sexuality when she began dating former America’s Next Top Model and Tyra Banks’ friend AzMarie Livingston.

Lesbian rumors have hounded the talented 26-year-old actress for years, and as recently as 2008 she denied them, stating: â€œItâ€™s false that Iâ€™m dating a girl right now.â€

But sources close to Raven say sheâ€™s gay and has shacked up with AzMarie Livingston, the androgynous beauty recently seen on â€œAmericaâ€™s Next Top Model.â€ The two are living together in Ravenâ€™s luxury $11,000-a-month New York City condo. â€œRaven has lost almost 30 Pounds, has done a whole image makeover, and now she is the star of â€˜Sister Actâ€™ on Broadway,â€ said a close source.

â€œSheâ€™s at a point now where she doesnâ€™t care what her family thinks, and sheâ€™s in love with AzMarie. Sheâ€™s a lesbian and wants to live that way.

â€œShe feels her parents are still trying to treat her like sheâ€™s a kid, and sheâ€™s told them sheâ€™s going to do what she wants.â€ And that includes Raven maintaining her own love-nest apartment with her 24-year-old girlfriend, say insiders. â€œRaven has hidden being gay for a long time now,â€ said the source. â€œBut about a year ago, she was introduced by a friend to AzMarie, who is absolutely gorgeous.

â€œThe two began seeÂ­ing each other, and a few months ago, Raven finally got the nerve to ask her to move into her lavish Manhattan condo.

â€œWhen her family found out, they blew their stack and itâ€™s created a gay scandal for Raven. â€œShe told her parents she loves them, but her home â€“ especially her bedroom â€“ is nobodyâ€™s business, and she was not going to back down, so they needed to accept it, period.â€