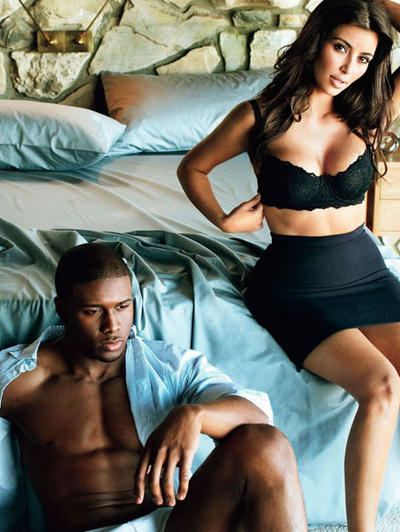 According to a pal close to Kardashian, the reality starlet has parted ways with NFL star Bush after three years together because the two were in different places in their lives.

Weâ€™re told 29-year-old Kardashian felt that Bush (who just turned 25) was â€œtoo youngâ€ for her as she is looking to join her sisters Kourtney and Khloe in the world of marriage and motherhood whereas he just isnâ€™t ready.

A rep for Kardashian did not respond for comment.

The couple also split briefly last year among allegations of cheating from both parties, (although they publicly claimed it was due to their conflicting work schedules), but just last month Kardashian gushed about how strong their relationship had become since their reunion.

â€œWeâ€™ve been spending more time together, it takes a lot to be in a long distance relationship especially when the both of us have so much going on,â€ Kardashian told Pop Tarts. â€œIt is an adjustment to say okay, we have to make this priority and weâ€™ve done that and it is better than ever.â€