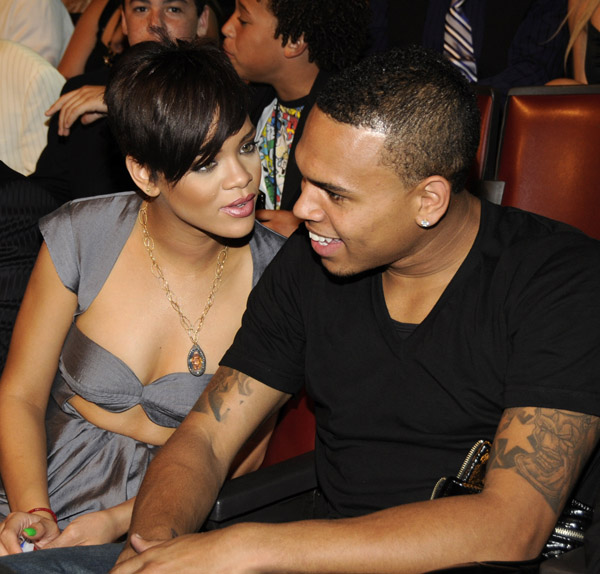 Last month Chris Brown requested that Rihanna’s restraining order against him be lifted, claiming it made things “difficult at award shows and such.” While the judge didn’t immediately grant the request, she did suggest a modification to the current restraining order that would go into effect with the approval of Rihanna’s attorney.

Now, RadarOnline.com reports that in a surprising move, the ‘S&M’ singer is allowing her restraining order against Chris to be softened. The restraining order was a result of the 2009 case against her former boyfriend for assaulting her.

The 22-year-old is reportedly requesting that the order be dropped to a level one. This would mean she and Chris could have contact as long as he doesn’t “harass or molest her”.

Chris has received glowing probation reports stemming from his conviction for felony assault. He was sentenced to five years probation and six months of community labor. “Out of thousands of probationers, no one has done a better or more consistent job than you have, and I really want to commend you for taking responsibility and actually working diligently to complete all the things the court has required of you,” the judge told him.

In December 2010, Chris graduated from his domestic violence class and proudly tweeted out a photo of his certificate with the words “I’m done with class.”

“I have enough self respect and decency to be proud of accomplishing this [domestic violence] class,” he tweeted. “Boys run from their mistakes. Men learn from them!”

Chris will remain on probation until 2014. The lessened restraining order against him will make things a lot less complicated for the ‘With You’ singer at the upcoming Grammy Awards.