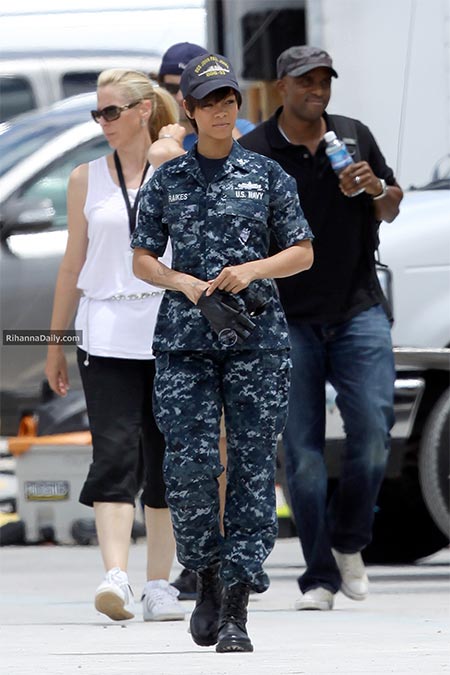 Grammy Award-winning Singer Rihanna will appear in the new movie Battleship next spring. The film, which hits theaters May 18, is an adaptation of the classic game Battleship. The singer makes a quick cameo in the trailer, manning the gun as the surveyor ship raft out. While we can’t see much of her in the trailer, RiRi discussed her role with MTV last fall,Â “Working with [director] Peter Berg is unbelievable. I love doing movies now. It’s something I want to do more of. I just want to pick films that are wise for me and roles that I can pull off, nothing that is too big for me.” The show has other big names as well, including:Â Canadian actor Taylor Kitsch, True Blood actor Alexander Skarsgard and Oscar nominated actor Liam Neeson.

Will RiRi’s first role be hot or a flop!? Check out the trailer and let me know what you think.