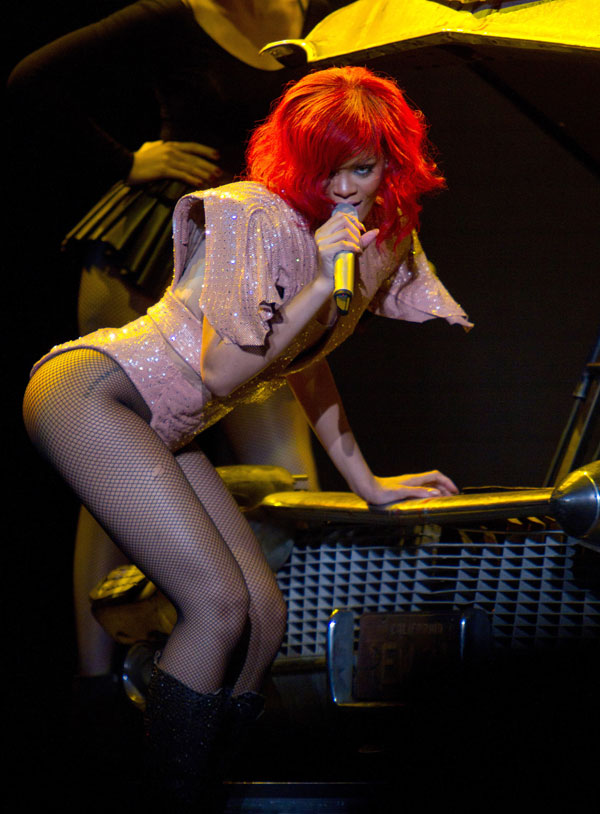 A source told the New York Post, â€œIt has been a big disappointment. The ticket sales in big US cities like Boston are so bad, they will barely cover basics like the lighting and other arena costs. Tour managers are begging local radio stations to do giveaways.â€

Rihanna is just not doing a good enough job of promoting her tour. Maybe she should smash a window and rip off her shirt.
She announced her tour dates for the UK in December, but had to add three more venues due to high demand. Rihanna will be performing in the U.S. this summer.

Wow where is RihRih’s publicist when you need them. I guess they aren’t doing a good enough job at promoting her tours because I had no idea baby girl was even on tour.. What’s the name of the tour? When did it begin? and when is she coming to Atlanta? See these are all questions I wanna know now. Or could it be that RihRih isn’t interesting enough now that her Ex-Boo Chris Brown is stealing Everyone’s spotlight?

Who knows, in any event make sure you guys come out to support RihRih when she hits your city. Her Album Loud was released last November and is doing well. So go out and get the full RihRih experience!