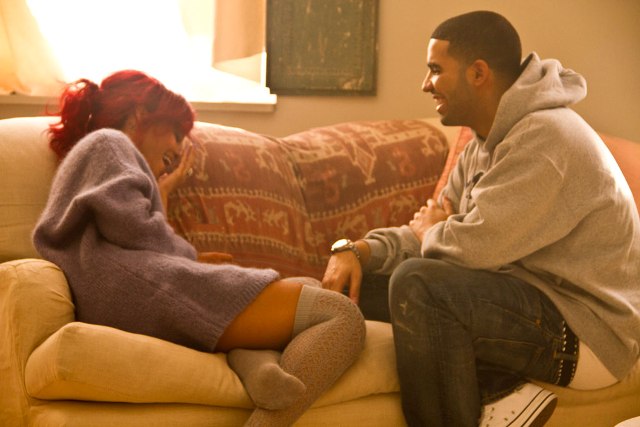 So apparently RiRi and Drake really did talk at some point. Rihanna says her split second romance with rapper Drake didnâ€™t work out because she was still trying to deal with the aftermath of being assaulted by her ex and getting over the end of their relationship.

The singer dated the Canadian hip-hop star for a short time in 2009 after meeting him in May of that year, but she admits she was too fragile emotionally to get involved in a serious relationship after being beaten by Brown just a few months earlier.

â€œI definitely was attracted to Drake, but I think it is what it is â€“ it was what it was. We didnâ€™t want to take it any further.

â€œIt was at a really fragile time in my life, so I just didnâ€™t want to get too serious with anything or anyone at that time.â€

I love RiRi but I find it really funny and she always find the time to talk about love when she needs a lot of press LOL….