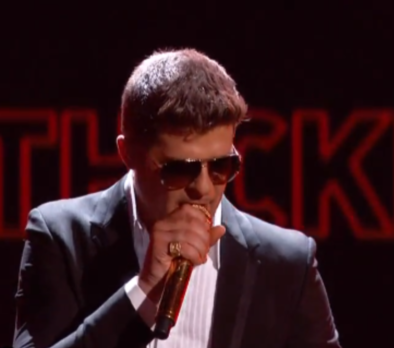 Hey, hey, hey! Robin Thicke came and blazed a trail at the 2013 BET Awards with his smash single “Blurred Lines.” Check the performance inside!

Robin Thicke and his summer jam “Blurred Lines” may have sparked controversy with his video, but this performance at the 2013 BET Awards was safe and enjoyable. And with help from T.I. and Pharrell it was in one word: sexy! Robin and the guys were joined on stage with models all around and the crowd jumped to its feet to rock out the catchy song.

“Blurred Lines” is the single off of Robin’s forthcoming album set to drop later this year. If you missed it, here check it out below!