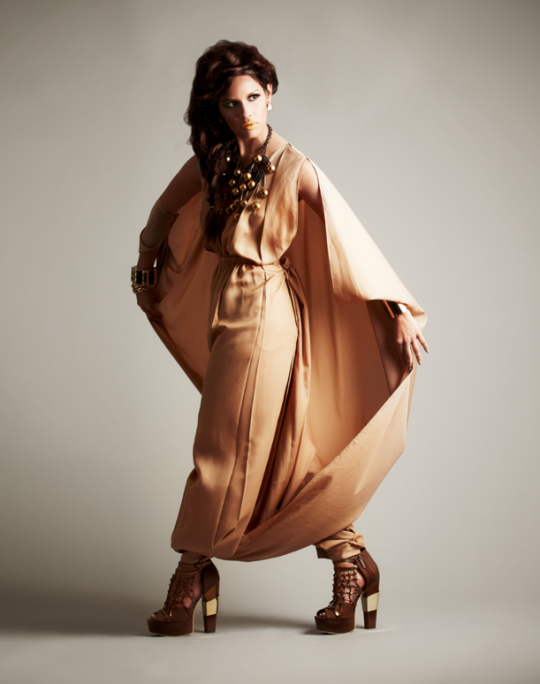 People often say seven is the number of completion, and after seven years of hosting the #1 music countdown show, Rocsi Diaz is ready to take her career to the next level. The New Orleans native has her eye set on Hollywood and doesnâ€™t plan on looking back. Rocsi can be found in the latest edition of YRB magazine rocking exclusive pieces from Japanese brand Issey Miyake’s new collection.

YRBÂ Magazine recently caught up with Rocsi. During the interview, she discussed 106 and Park and how it changed her life while also revealing the misconceptions that people may have of her. She also gave sound advice to aspiring talent who are hoping to snag the spot as the next BET â€™106 and Parkâ€™ host.

Rocsi On her passions:
My passion lies in bettering and empowering our youth. Through my charity, The RocStar Foundation, mentoring and speaking engagements and through how I live my everyday life, I try to be a role model â€“ not only for young girls â€“ but for the youth as a whole. I want them to know they can achieve anything they set forth in their mind. You always need that cheerleader in your life.

On Misconceptions people may have of her:
Iâ€™m not what people think I am. People see a persona on television and they tend to think that is how people really are, when in actuality, we are all just human beings. Iâ€™m a very spiritual, humble and down-to-earth person. There is so much more to me than what meets the eye.

On how 106 and Park changed her life:
It completely changed my life. This show set the foundation of a very prosperous career for me, and it showed me the reality of dreams coming true. I would have never seen myself on a flagship show on a major network for so long, and Terrence J and I have been able to outlast other television hosts in our demographic who didnâ€™t last as long. You have to give us some type of credit for that.â€

On Life after 106 and Park:
I see myself continuing to host and be a part of the entertainment world. It is something I have grown to love, and I truly enjoy it. I have also ventured into the realm of acting, as well as writing and producing movies. Iâ€™m currently filming, as well as shopping around the very first film that I produced, and Iâ€™m really excited about it.

On advice for the next 106 and Park host:

â€œAlways follow your passion. Look at the people that came before you. Study the greats and practice, but most importantly, try to set your lane. Donâ€™t settle for trying to be the next me, but instead become the best you.

Get ready to see Tamar Braxton back on your TV screens soon! Rolling Out reports that the "Love and War" songstress will be heading...
Read more
Celebrity Fashion

Check out Tamar Braxton's official music video for 'Love It'. From Tamar's album.    As featured on Love and War. Click to buy the track or...
Read more
#GOPPresidentialDebate

Katie referenced as the “Queen Of Drill” is gladly adjusting her crown this new year with a brand new single called “Work It Girl” released...
Read more