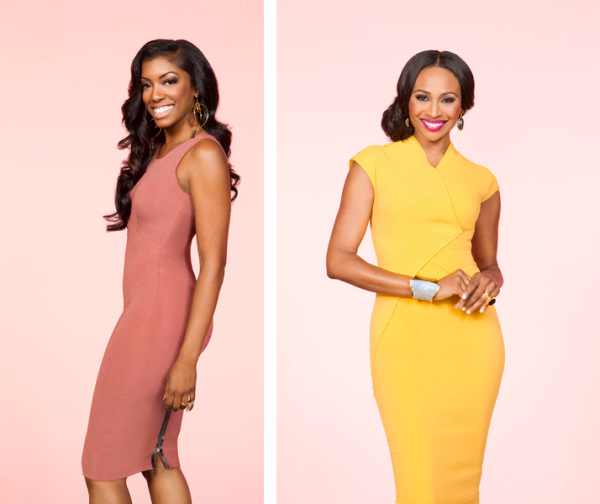 Word on the streets is that the homies over at Bravo’s Real Housewives of Atlanta has issued pink slips for my girls Cynthia Bailey and Porsha D. Williams. Say it aint so! I was hoping all of my girls would be returning to the next season of the highly watched tv show.

I have not heard anything definitive but rumor on the street is that my girls Cynthia Bailey and Porsha D. Williams will NOT be returning to The Real Housewives of Atlanta! According to the homies out there in the streets there was a big meeting in New York and my girl’s contracts were not renewed.

I am a little surprised considering the show is the most watched of the tv’s franchise. I am also surprise that my girl Porsha’s epic beat down and hair tug did not make for good drama for next season. I guess my girl NeNe and her instincts be on it because she suggested to Andy Cohen that Cynthia might be getting the axe for not having a strong and dramatic storyline. Guess we will have to stay tuned for what comes next.

If this is true my girls will be ok. Porsha is working on her hot new hair-line. She has two big plays coming up and word on the street she is talking to various outlets about opportunities in television. Porsha has made great use of her RHOA platform. My girl Cynthia has her Bailey Agency and she’s touring all over the country modeling. My girl is also working with her husband Peter Thomas on franchising their tasty Bar One. The couple is opening a location in South Carolina later this year. I hope these are just rumors about my girls getting the pink slip but if it’s true they will be JUST FINE!

Can you believe it?

Singer Mya said she had to LIE about being married to get some PRESS for NEW MUSIC VIDEO... LOL .. Do anything for fame...
Read more