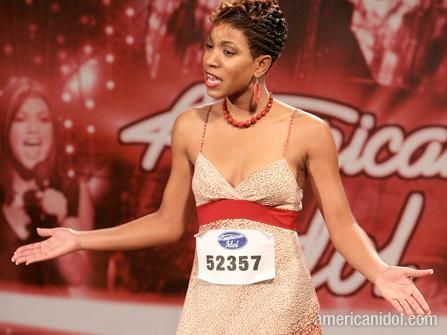 A former “American Idol” finalist was arrested Monday night after a fight in Jackson Park, according to a Savannah-Chatham police report. Metro officers were summoned to the 800 block of 50th Street at 9:40 p.m. and saw 22-year-old “Idol” finalist Stephanie Edwards fighting with 20-year-old Laquilla White. Officers separated the two women, and neither reported being seriously injured, the report stated.

It noted a bruise under White’s right eye and scratches on Edwards’ chest and cheek. White told police Edwards came to her home to pick the fight. Edwards told police the fight began after she received several harassing phone calls, according to the report.

Earlier this month, Edwards signed on to perform in “Southern Nights” at Savannah Theatre through May 30. One of her shows is scheduled for tonight, said Michael Meece, co-owner and producer.

“Until we know anything different, we certainly support her,” Meece said. “We hope we’ll continue her performances through May 30, which was what she was contracted for.”

Both women were taken to the Chatham County jail, and bond was set at $1,300. Both were released about midnight Monday, said Deputy Ron Robinson, jail spokesman.

I always wondered what those Idol Finalist ended up doing with themselves after the show…apparently the SAME thing regular folks do…nothing out of the ORDINARY.