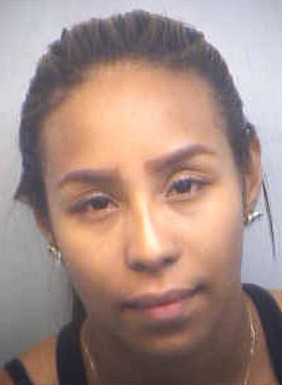 Rapper Shawty Loâ€™s baby mamaâ€™s, Ecreia Laki Perez, was arrested in the Fulton County courthouse in Atlanta, Ga (Tuesday, August 31) for possession of weapons, after deputies found a loaded .380 semi-automatic handgun and taser disguised as a cell phone. I repeat, she was t trying to ENTER the courthouse….right. Who does that? Now this is the same court house where Brian Nichols shot and killed 3 people, including a judge, in 2005. What was she thinking? Gots to be more careful… Police say Perez tried to sneak into the building armed with the loaded pistol and cleverly concealed stun gun before being stopped at a security check point going into Fulton County superior court, when a search revealed the dangerous weapons.In the police report, Perez claims she forgot she had the hardware on her persons, reports Fox 5 News. And undoubtedly she didnâ€™t see the hundreds of warning signs prohibiting weapons on the premises. Regardless, she committed a crime and was taken into custody to the Fulton County jail and is facing serious charges says investigators. Perez is being held on a $6,000 bond.Shawty Lo and his longtime girlfriend Ecreia Perez were engaged before Lo abruptly called off the engagement about a month ago, according to various online sources. We are giving Ecreia the side eye and blank stare on this one, because we donâ€™t know what she was thinking. I guess thatâ€™s the problem â€“ she wasnâ€™t.