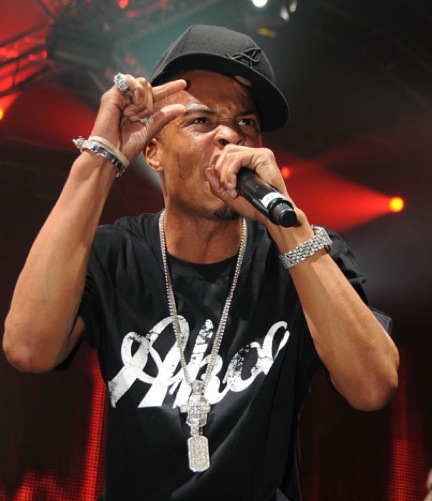 People always try to bring a good man down. Â T.I. is being sued for trademark infringement over the name of his Akoo clothing line. A company called Akoo International is claiming it has been around longer than the King Of The South’s clothing line. Akoo is a Chicago-based social music television network that was founded in 2001 — the same year T.I. released his debut album, “I’m Serious.”Â Akoo, the media company, filed their complaint against T.I. in the U.S. District Court for the Northern District of Illinois. The company’s CEO, Niko Drakoulis, says, “Akoo has been recognized as a leading social TV platform for connecting brand advertisers with millions of our engaged viewers. Our primary obligation and goal is to to prevent confusion among our customers.”

Akoo International also took action recently to defend their trademark when an Akoo clothing billboard caused controversy in Newark, New Jersey. The billboard in question resides at one of Newark’s busiest intersections and features a woman on her knees in front of a man whose jeans are unzipped. Residents complained that the billboard was offensive. T.I. is currently completing a prison sentence in home confinement under the supervision of the U.S. Bureau of Prisons. His is scheduled to be released on March 26th.