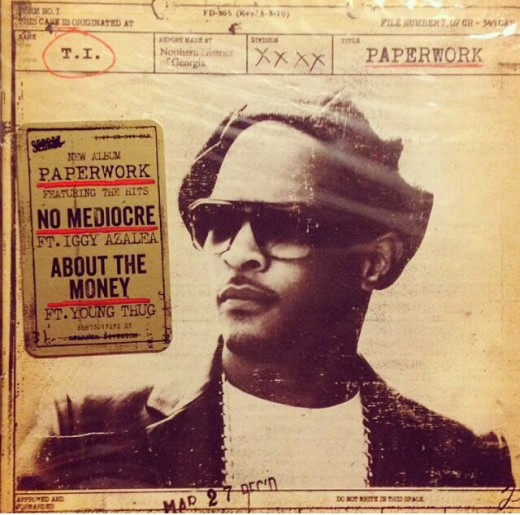 T.I. says he is done with “trap tracks.” At least that’s what he told Power 105.1’s The Breakfast Club yesterday. Apparently, his new album, entitled “Paperwork” is giving us more of a “grown man” vibe. With T.I. and Tiny’s Family Hustle airing on VH1 for its second season, we can understand why T.I. is choosing to tone it down a bit. He’s more of a family man now!

Paperwork is the first of a trilogy of albums. T.I. says his next album will be titled “The Return.” The rapper is taking notes from Beyoncé, as he plans to drop 5-6 mini-films with each album. This is logical, since T.I. is also an excellent actor! This will be T.I.’s first album under Columbia records.

After talking about his album, T.I. then went on to discuss the Iggy and Snoop beef. He told The Breakfast Club that he didn’t “boss up” on Uncle Snoop, and he wants to make that clear.

Nope, I didn’t [have to ask him to apologize]. I didn’t boss up on nobody…not Snoop! I respect him, admire him, salute him. I don’t have nothing but love. We got history, personally and professionally. I was just like ‘aye…big homie. What up man? I’m in the cross-fire right now.’ Immediately, big dog [Snoop] was like ‘Hey I know what you calling for, I know what it’s about. Based on our relationship alone, it’s over with. It’s dead. I’m sorry and it won’t happen again.’ He did the post himself. I didn’t say ‘Hey you need to do this’.

The rapper wasn’t as responsive, however, when asked about rapper Azealia Banks. He and Azealia engaged in a war of words via Twitter not too long ago, and it doesn’t look like T.I. plans on calling it a truce. Calling the rapper “insignificant”, T.I. stated that any time anyone speaks ill of his family, that it simply won’t be tolerated.

Check out the full interview:

We can’t do anything but respect that! “Paperwork” is T.I.’s ninth in studio album, and is in stores NOW!