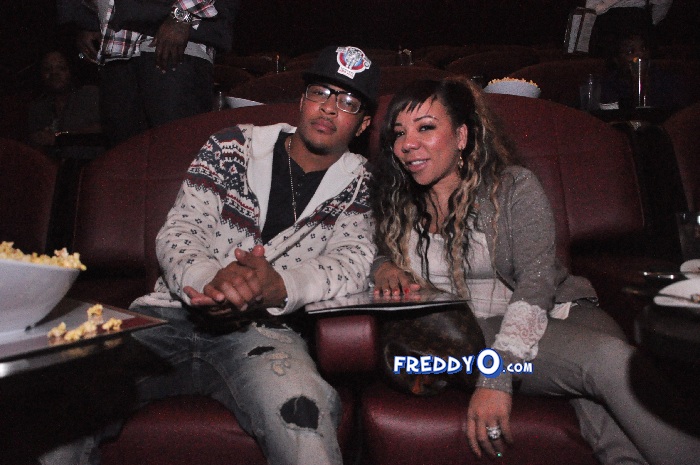 A few days ago FreddyO.com took you behind the scenes ofÂ  the private screening for T.I. & Tiny’s new docu-series, “The Family Hustle” (View the gallery HERE). Now, congrats are in order for the King and his little lady, Tiny. Sources are reporting thatÂ  4 million viewers tuned in to their new show on Monday night!Â  Not too shabby for a show that was available online the week before it aired. The Hollywood Reporter has the stats:

The docu-series averaged 2.8 million total viewers for the 9 p.m. airing and a 1.9 rating among adults 18-49 on Monday evening.

Combined with the 11 p.m. encore, the premiere episode lured a total of 4.3 million viewers.

T.I. & Tiny: The Family Hustle powered VH1 as the top-ranked cable network (excluding sports) among the adults 18-49 and women 18-49 demos. To compare, VH1’s Basketball Wives closed out its third season in August luring 2.6 million viewers after starting off its first season averaging more than 1 million viewers.

This coming week will really test the true popularity of the show. If the same amount of viewers tune in then that means they really like the show. Hmm T.I. may have a hit on his hands, we’ll be watching. What do you think of the show? Will you keep watching? Speak on it!