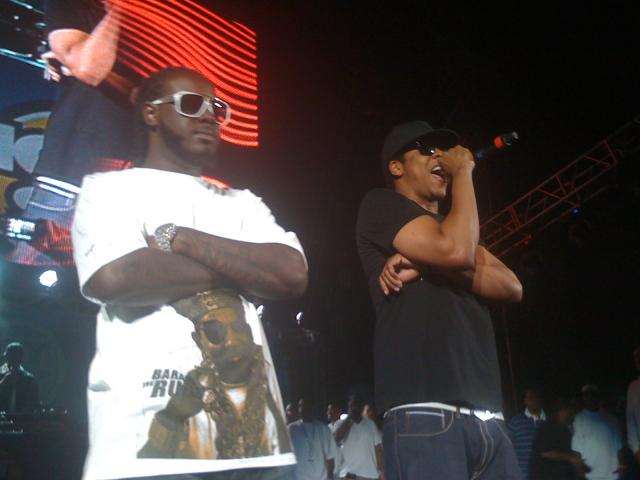 Auto-tune-assisted hip-hop star T-Pain says he’s cool with rap icon Jay-Z. The singer recently caught up with MTV News and said he and “Hov” squashed their beef during January’s Grammy Awards. T-Pain states, “We shook hands, did the little chest bump. That was the end of that.” T-Pain and Jay-Z’s bad blood arose last year when Jay released his hit single “D.O.A. (Death of Auto-Tune).” Jay insisted the track wasn’t directed at T-Pain, but that didn’t stop the vocalist from dissing the emcee during a Las Vegas pool party last September. T-Pain went on to issue a public apology to Jay-Z by releasing the track “More Careful.” 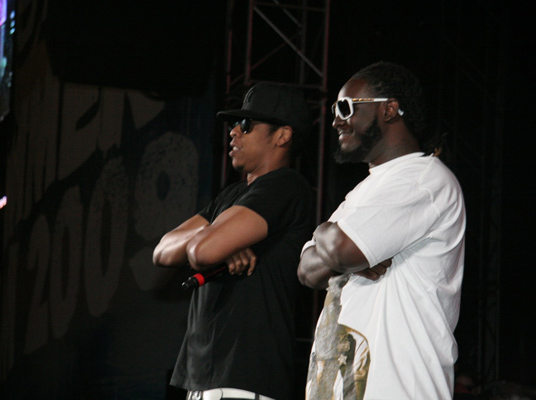 T-Pain is currently working on his upcoming album, “Revolver.” He says the record won’t have as many guest appearances as his last release – “Thr33 Ringz” – because he wants to prove to people that he can carry a record by himself. He states, “I just want to prove some people wrong. I wanted to test myself to see if that was the case.” A release date for “Revolver” has not been announced.