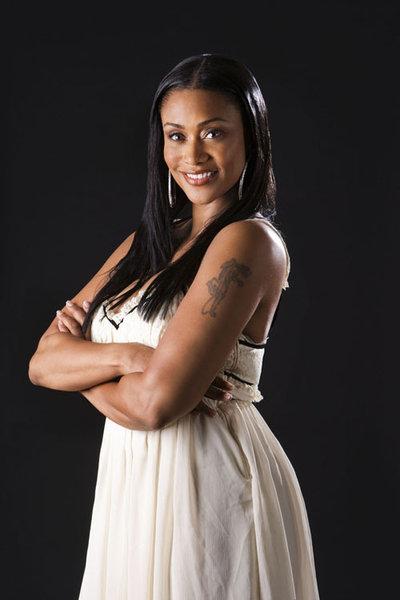 Tami Roman from the hit reality show “BasketBall Wives,” recently sat down with Power 92.1 and spilled the beans with TT Torrez. We always wondered what really goes on behind the scenes or if the final edited version of a reality show is a non-fictional version of current event. Well our new favorite girl of the show Tami is here to set the record straight.

On not fitting in with the other “Basketball Wives”:

She said she thinks everybody comes from a different place and she is a bit more modest when it comes to flashy clothes and things like that. She said even when she was with Kenny Anderson she was a simple person.

On if she talks to her castmates off-camera:

She said she talked to both Shaunie and Jennifer but the conversations were short and were about her season 3 plans. She said everyone is only looking out for themselves because if “Basketball Wive”s doesnâ€™t continue, then they donâ€™t have anything else to fall back on.

She said she’s still undecided because she felt the producers didn’t show her true personality and made her look crazy.

On the huge Evelyn fight:

She said the night of the big fight, producers edited out the part where Shaunie came out to talk to her about people not being honest. So she thought Evelyn was going to tell her she didnâ€™t like her, but she had no idea that Evelyn and Kenny (her ex-husband) had sex.

Tami then explained that the fight was about dishonesty and Evelyn not telling her about the affair. She says she was upset because Evelyn should have been more upfront before they started to develop a relationship.

On rumors of her stealing Kenny Anderson from Spinderella:

Tami said she didnâ€™t know who Kenny Anderson was when he and Spinderella were together. She says the couple was broken up by the time she met him and Spin was well aware about their relationship.

She said she didnâ€™t want to come on the reunion show at first but changed her mind because she wanted to show she is educated and articulate. She wanted the fans to see the other side of Tami. She says her other cast mates have to do what they have to do to keep it drama filled and keep the checks coming.

She said she doesnâ€™t know what the other girls get paid.

On her and Suzieâ€™s relationship:

Suzie isnâ€™t important to her.

On if Shaunie is pimping her and her cast mates:

She said Shaunie is the executive producer of the show so itâ€™s all business with her. She said if you decide to do a reality show you already know what you are getting yourself into so Shaunie is NOT pimping her and her cast mates.

She said she doesnâ€™t know if their relationship could have survived whether the show happened or not because they already had some problems. She does believe there was a point in time that Jennifer was in love with him and he was in love with her.

On her upcoming projects:

She said she has a book coming out titled The B.I.T.C.H. Chronicles which stands for Believing In Total and Complete Honesty. She believes once people read her story they will understand alot about her and who she is as a person.

She also shared that she is working on a pilot for the USA network for a new scripted show. She says if the pilot goes through, then sheâ€™s not returning to “Basketball Wives.” And….she added that she’s in a relationship right now with a man who is good to her and her kids.

So there you have it guys, be sure to support Tami in all her future endeavors, lord know after watching the show homegirl could use the money! LOL

Watch the Interview in FULL: