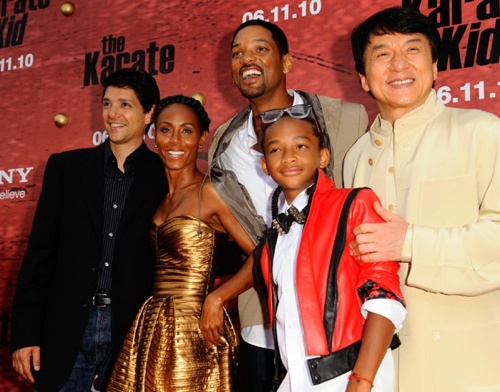 Jaden Smith and his superstar parents Will Smith and Jada Pinkett Smith joined martial arts master Jackie Chan for the big Hollywood premiere of ‘The Karate Kid’ Monday night, and our own Kevin Frazier got the goods about that successful Smith family dynamic!
Will and Jada produced ‘The Karate Kid,’ in theaters Friday. Will was inclined to re-make the classic tale because “stories are generational. The whole point of a story is to tell it again.”

Looks good Click here to see all the pic’s... 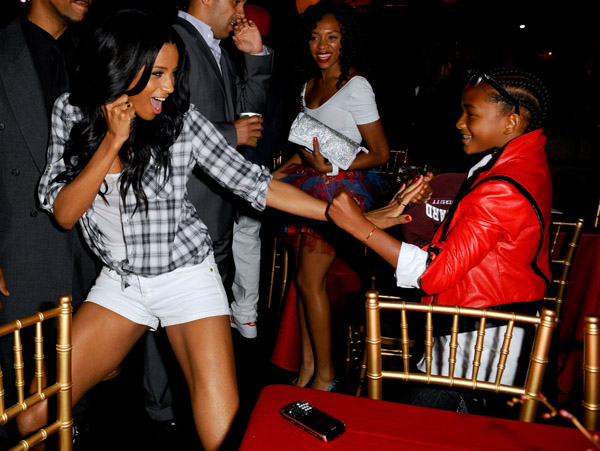 In the high-kicking film, Jaden plays Dre, a young man who moves to China with his single mom (Taraji P. Henson), only to face bullies who wipe the floor with him. The young star put blood, sweat, and tears into gaining the agility and flexibility to portray his character. Of mastering a split, his proud mama emphasized, “It’s a lot of hard work, tears, lots of tears. He has the drive of his father, for sure. When he wants something, he goes and he gets it by all means necessary.” Jaden said his family is a busy bunch, splitting their time between acting and music: “We work hard, we play hard.”

Saved from serious harm one day by Jackie Chan’s custodian mentor Mr. Han, Dre learns the ways of kung fu and discipline in order to defeat his rivals. Kevin observed that the movie really showcases Jackie’s acting chops, to which the star responded, “I hope the audience for the future sees me as an actor, but I will continue to do action films.”
Ralph Macchio, the original ‘Karate Kid,’ also attended the festivities with his son and explained why he chose not to make a cameo in the movie! “They wanted to make their own entity because the original film has become so iconic, it’s such a classic in pop culture,” he confessed. “To me, I didn’t have a great desire to do a drive-by cameo just to do a drive-by cameo.”