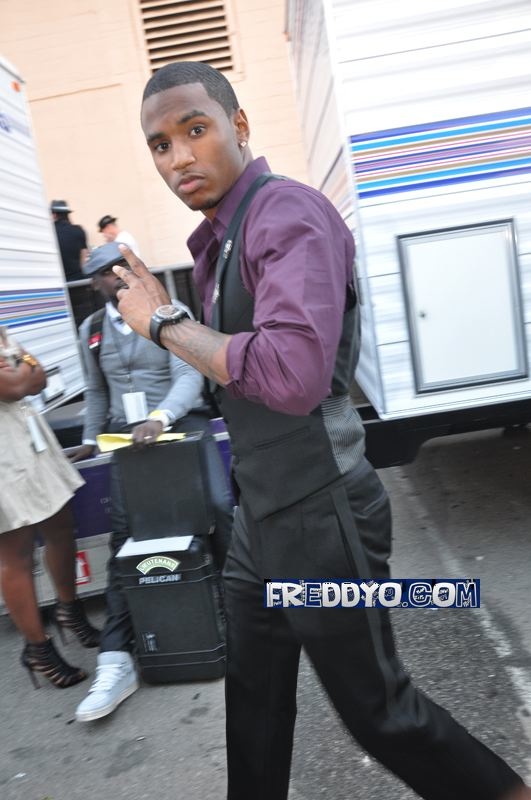 (9/22/10)R&B star Trey Songz is crediting his current success to his third studio release, “Ready.” The singer recently caught up with MTV News and explained that his 2009 album took his career to an all-new level. He states, quote, “Before even the masses got it or anybody heard it, I felt like it was a defining album in an artist’s career.” Songz adds, “even before that album, I had a couple hits, I had top ten records, but those were songs. I had hit songs but I wasn’t a hit artist.” Trey Songz’s “Passion, Pain & Pleasure” was released last week. The “Bottoms Up” singer says he’s taking things “to new heights” with his new album, noting that he’s been rising on the charts ever since he began, quote, “taking charge of my career.”
Trey Songz’s “Ready” opened at number three on the Billboard 200 and has gone on to gold certification status. “Passion, Pain & Pleasure” is expected to challenge for the top spot on this week’s Billboard 200 with projected first week sales between 230-and-250-thousand copies