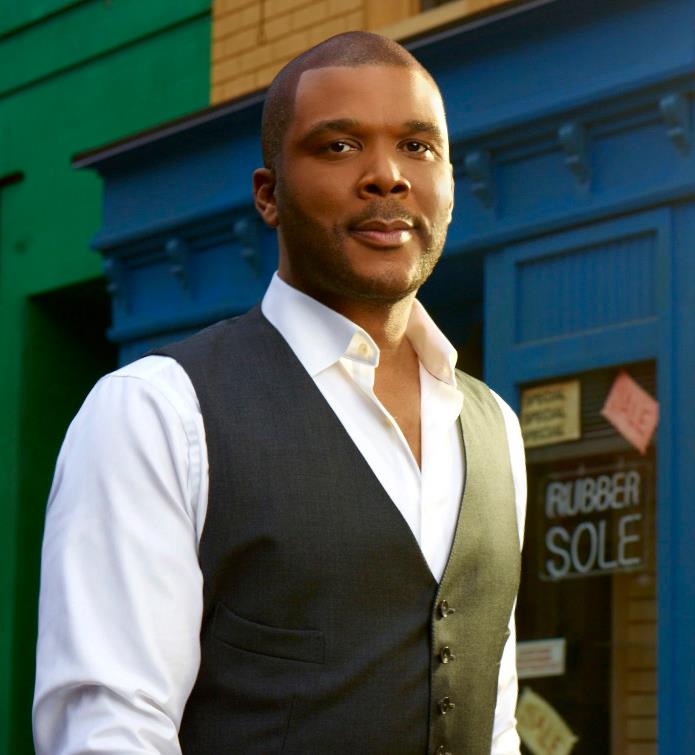 According to CourtneyLuv, Tyler Perry is one of the latest victims of racial profiling. It is sad that police are insecure within and play the nice car let me stop him/her game. I bet the officers who stopped him thought that they were doing a â€œgood deedâ€ for the good ole’ boy system.
Note from Tylerâ€™s page
A few days before President Obama was supposed to speak at my studio, I was leaving the studio, headed to the airport. Most times when I leave the studio I have an unmarked escort. Other times I constantly check in my rearview mirror to be sure that Iâ€™m not being followed. Itâ€™s a safety precaution that my security team taught me. As I got to an intersection, I made a left turn from the right lane and was pulled over by two police officers. I pulled the car over and put it in park. Then, I let the window down and sat in the car waiting for the officer. The officer came up to the driverâ€™s door and said that I made an illegal turn. I said, â€œI signaled to get into the turning lane, then made the turn because I have to be sure Iâ€™m not being followed.â€Read more after the heartbeat He said, â€œwhy do you think someone would be following you?â€

Before I could answer him, I heard a hard banging coming from the passenger window. I had never been in this position before so I asked the officer who was at my window what was going on and why is someone banging on the window like that. He said, â€œlet your window down, let your window down. Your windows are tinted.â€ As I let down the passenger window, there was another officer standing on the passenger side of the car. He said, â€œwhat is wrong with you?â€ The other officer said to him, â€œhe thinks heâ€™s being followed.â€ Then, the second officer said, â€œwhy do you think someone is following you? What is wrong with you?â€

Before I could answer the officer on the passenger side, the one on the driverâ€™s side had reached into the car and started pulling on the switch that turns the car on and off, saying, â€œput your foot on the brake, put your foot on the brake!â€ I was so confused as to what he was doing, or what he thought he was doing. It looked like he was trying to pull the switch out of the dashboard. I finally realized that he thought that switch was the key, so I told him that it wasnâ€™t the key he was grabbing. I reached down into the cup holder to get the key, not realizing that the key had a black leather strap on it. As I grabbed it they both tensed up and I dropped it as I heard my motherâ€™s voice from when I was a little boy.

My mother would always say to me, â€œif you get stopped by the police, especially if they are white policemen, you say â€˜yes sirâ€™ and â€˜no sirâ€™, and if they want to take you in, you go with them. Donâ€™t resist, you hear me? Donâ€™t make any quick moves, donâ€™t run, you just go.â€ My mother was born in 1945 into a segregated hotbed town in rural Louisiana. She had known of many colored men at the time who were lynched and never heard from again. Since I was her only son for ten years, growing up she was so worried about me. It wasnâ€™t until after I heard her voice that I realized that both of these officers were white.

The officer on the driverâ€™s side continued to badger me, â€œwhy do you think someone is following you?â€ I then said, â€œI think you guys need to just write the ticket and do whatever you need to do.â€ It was so hostile. I was so confused. It was happening so fast that I could easily see how this situation could get out of hand very quickly. I didnâ€™t feel safe at all. But one officer stopped his questioning and said, â€œwe may not let you go. You think youâ€™re being followed, whatâ€™s wrong with you?â€ At this point, I told him that I wanted to get out of the car. I wanted the passersby to see what was happening.

As I stepped out of the car another officer pulled up in front of my car. This officer was a black guy. He took one look at me and had that â€œOh Noâ€ look on his face. He immediately took both officers to the back of my car and spoke to them in a hushed tone. After that, one of the officers stayed near his car while one came back, very apologetic.

I said all of that to say this: do you see how quickly this could have turned for the worse?

Now I know that there are many great officers, patrolmen and security guys out there. I am aware of that. But although we have made significant strides with racial profiling in this country, the world needs to know that we are still being racially profiled, and until this situation has improved greatly, Iâ€™m not sure how a murder in Florida can be protected by a â€œstand your ground law.â€

And in another case that I have been screaming at the top of my lungs about, also in Florida, is the case of Terrance Williams and Felipe Santos, a young black man and a young Mexican man. Eight years ago, in Naples, FL, they were both put in the back of Deputy Steve Calkinsâ€™ police car and never heard from again.

They were never arrested, never brought to jail. They were put into the back of Deputy Calkinsâ€™ car and never heard from again. And to this day Deputy Steve Calkins is a free man.

I guess itâ€™s time to march in Naples now.

RACIAL PROFILING SHOULD BE A HATE CRIME INVESTIGATED BY THE FBI!!!

That way local government canâ€™t make the decision on whether or not these people get punished.