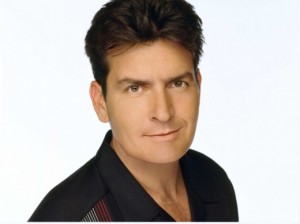 I guess Charlie Sheen felt a little bad about his recent #TwitterRant in which he went off on Kim Kardashian for allegedly turning down an autograph request of a six-year-old girl. He’s taken back to Twitter to apologize.

Actor Charlie Sheen seemed to have some regret about his Tuesday #TwitterRant about reality TV star Kim Kardashian supposedly declining a six-year-old girl’s autograph request because he went back to his Twitter to apologize. Here’s what he had to say:

Dear Kim,
my extreme bad.
really embarrassed by my
actions.
I was already pissed about some other crap that had nothing to do with you.
I heard a story that
bothered me.
wrote some trash you didn’t deserve. Ever.
I’m an idiot as often as I’m a genius.
that day, clearly I was the
former.
xox
c
#ShutUpSheen

Prior to doing so, however, TMZ reported that Sheen informed the site that though he hadn’t actually intended on posting the tweet, he “stands by his comments” and felt that Kardashian had “zero gratitude, zero awareness, zero talent, [and was] a pox on the face of entertainment.”

There’s still been no response from Kardashian or any of her reps at this time. We do hope that this apology will truly be the end of this little debacle.

Colin Kaepernick's name will be added back to the soundtrack on Madden 19 according to a statement by the video game's developers. According to EA,...
Read more
African American Issues

Dorian J was born in Buffalo, New York, to Rhonda Henderson who was a singer then and now is a pastor and author and Stevie...
Read more
Good News

Life is All About Relationships!

Life is all about relationships By Ajeania Green To all the watchers and or believers in the world, has social media taken the place of being...
Read more
Celebrity Beef

Chris Brown Spazzed Out On Kevin McCall Via Social Media

Chris Brown knows how to post a very lengthy and mean Instagram reply. There is some issue involved between Brown and R&B singer Kevin...
Read more
Celebrity Beef

There may not be a feud as on going and personal as whatever it is Azealia Banks and Iggy Azalea have going on. Two...
Read more