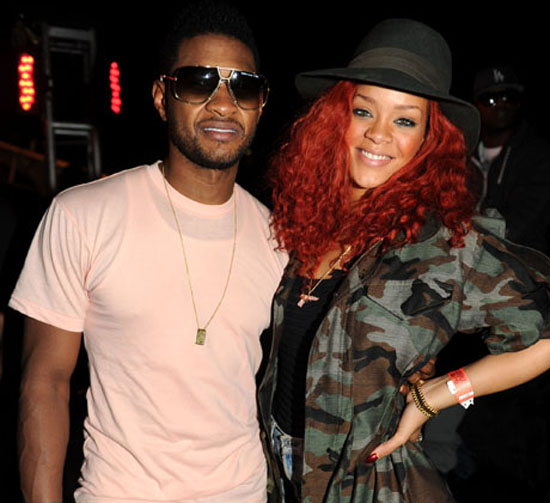 Usher recently revealed that he kissed Rihanna although he says their relationship is now like cousins!

According to sources, he explained that Rihanna is beautiful but not necessarily on his hit list. She’s like his sister right now, or cousin. But yes, they have kissed. He argues that every man should have a woman to make them better. And he’s dating and deeply in love with that Grace chick(Click Here). He’s got a list of people he’s interested in and says RiRi not on it. But I wonder who is?

While it doesn’t really make sense why he’d kiss Rihanna if he thinks of her like a cousin, but hey I am only reporting what I see… Plus we know Usher like them old women… LOL