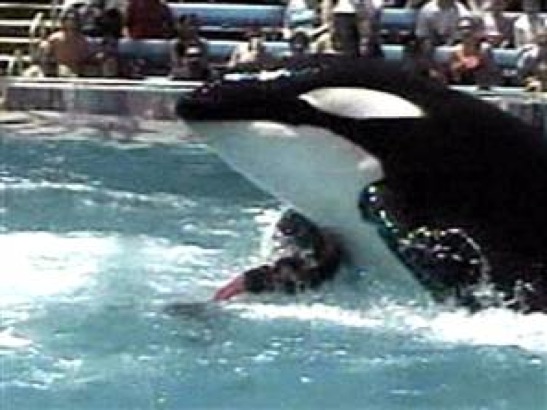 The footage of “Tilikum” drowning trainer Dawn BranCheau has hit the internet, and let me say there is no amount of money that anyone could ever pay me to get in water with a Killer Whale, after watching Tilikum kill. The whale clearly knew what it was doing and after hearing Sea World try to down play what really happen, I see now they are liars…— Trying to cover up the fact that this Whale is an unsafe wild animal.

I was told that Sea World had been trying to keep video from her Drowning Â from the public Watch the video and tell me what you think? Click here to see the video. Update :Â .Just been told this is not Dawn. Old footage that surfaced in texas