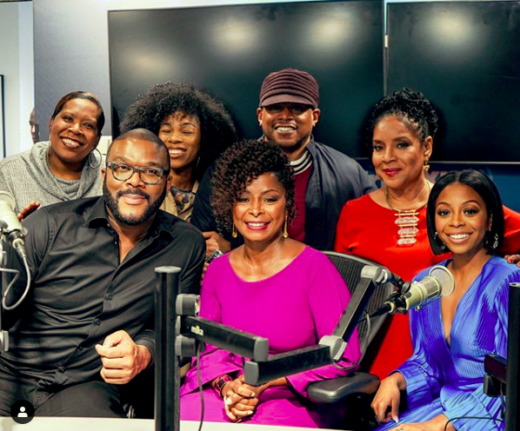 Writer, director, and producer Tyler Perry and some of the cast of the latest TP production “A Fall From Grace” including Crystal Fox, Bresha Webb, and Phylicia Rashad paid a visit to the Sway in the Morning Show! Kicking off the interview, Perry responded to critics for writing his own scripts and speaks on an opportunity for up-and-coming black writers.

Lovingly known as the “mother of the black community,” Phylicia Rashad also opened up about her childhood and stories of her sister, actress, choreographer, and director Debbie Allen. Watch the morning show interview below and make sure to watch “A Fall From Grace” only on Netflix!