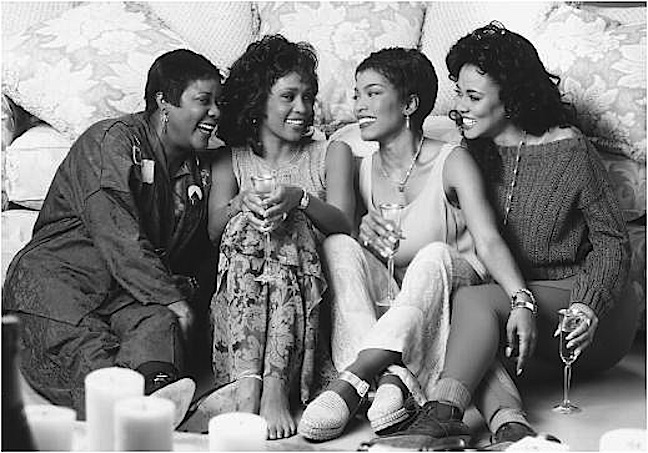 Breaking News! Breaking News! The classic novel turned all time love story film “Waiting To Exhale” has just announced a sequel is in the works and going to premiere sometime next year. The original cast Savannah, Bernadine, Robin, and Gloria will be returning and the plot of the storyline will center the lovely ladies as they search for true love and happiness.

Terry McMillan, author of the original 1992 novel and film featuring the ladiesâ€™ favorite group of girls, Whitney, Angela, Loretta, and Lela, announced that â€œGetting to Happyâ€ is next on the line of tear jerking, drama spewing, on screen â€œsista-friendâ€ chick flicks.

McMillan teased on Twitter that sheâ€™s just about finished with the theater version of the film and should be up on the big screen some time next year. While Angela Basset and Loretta Divine are currently on promotions for their hit movie Jump the Broom, they were asked if it was true and they both confirmed that they will be working on the upcoming project. YAaaY!