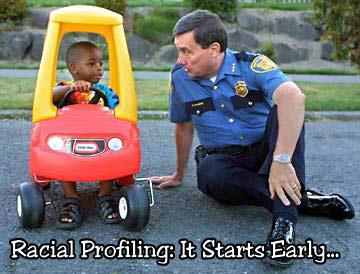 Well that is what Andrew Young thinks. However, if they were in a Honda Accord or a Smart Car would this have happened?Â  “Deputies smelled a strong odor of marijuana emitting from the vehicle,” the Los Angeles sheriff’s department said. “A narcotics investigation ensued” and resulted in the arrests.Â Â Even Andrew Young said:Â  â€œThereâ€™s another culture in L.A. that I donâ€™t Â understandâ€ . â€œMost people in Los Angeles would wonder why he was stopped â€¦Â  I donâ€™t know why they should have been stopped … When a black man is stopped and not speeding â€¦ you call that driving while black.â€Young noted a bit of symmetry between T.I.’s life and the role he plays in his just-released movie, “Takers.” â€œI didnâ€™t particularly like him doing the movie,â€ Young said, explaining that the message was wrong. â€œPart of my hope was he would have a cultural shift as well as a personal shift.” In the movie, which the 29-year-old produced, T.I. plays a career criminal and gang member named “Ghost” who has just been released from prison. “Ghost” almost immediately starts planning a bank heist that is bigger than the one that previously sent “Ghost” to prison.Â  Honestly, I think when you turn away from things you make 180 degrees and not 360 or even a U-turn. I am not perfect…Who is? Do you all agree with Andrew Young? – Another Post by Courtney L.