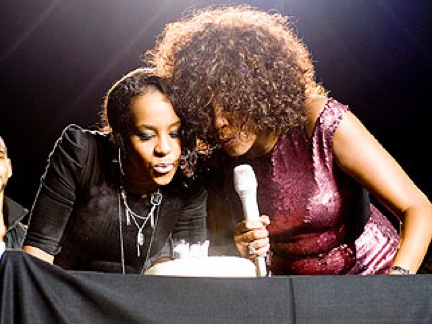 R&B songstress Whitney Houston took a few moments during her “Nothing But Love” tour to celebrate her daughter Bobbi Kristina’s 17th birthday.

Houston surprised Bobbi Kristina by bringing her on stage at her Wednesday night show in the Australian city of Adelaide. She sang one of her daughter’s favorite songs, “Who Would Imagine A King,” and rolled out a birthday cake. Houston then broke into “Happy Birthday” and blew out her daughter’s candles with her.. The singer also took Bobbi Kristina out on a boat cruise around Sydney Harbor earlier in the week with her friends. A source says, quote, “That was the pre-birthday celebration. The cake at the concert was a complete surprise to Krissy. She had no idea!” Bobbi Kristina’s actual birthday is March 4th. Her father is singer Bobby Brown. 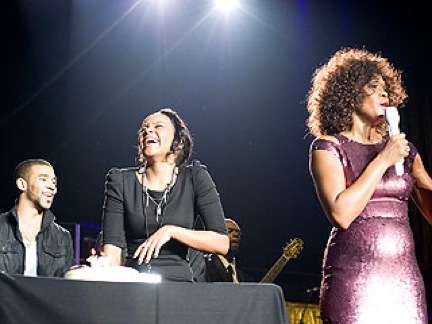