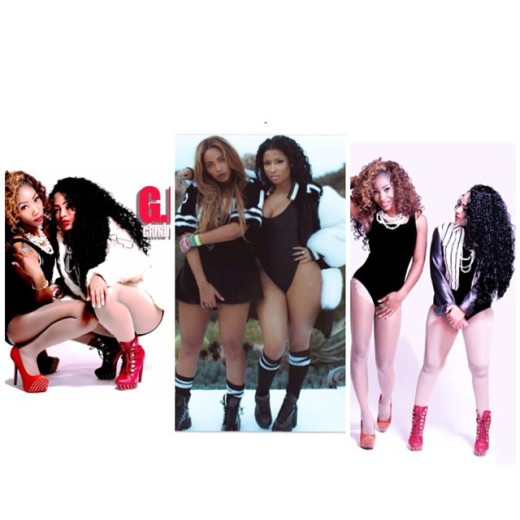 This is not the first time Beyonce has been accused of stealing music, borrowing ideas, or jacking concepts, but Nicki Minaj doesn’t have this problem too often.  So it was really strange to hear the similarity between the two songs title “Feeling Myself”. Hip Hop girl group The Real Glam have been screaming for months that somehow, pop stars Nicki Minaj and Beyonce has been using a similar version of their song.  The even penned a message about it on their social media

I wanna thank everyone who is supporting us in this matter. This is a very BOLD move for us to make I KNOW but our hearts are in it. If it were you what would you do? This could hurt us before we even get a chance to start, but even after all that hard work it’s a chance I’m willing to take. Standing up for my rights and speaking out. I didn’t ask to be put in this position. I didn’t ask to have to go against my FAVS ♥️ I wish they were singing a song I specially wrote for them but it didn’t happen that way..#feelingmyself was our song first. There have been other songs with the same title but It sounds like the same format as ours. And we aren’t apart of that deal. It’s not fair that we have to get bashed and called liars by obsessed fans that don’t know us or them personally..and we don’t even know how this happened. We’ve been promoting this song for a year online and through the streets…no telling who could have heard it and pitched it. We just wanna get to the bottom of it peacefully because we do have rights! We may not be @nickiminaj or @beyonce but we are with God on our side and there is nothing he can’t do. I’m not afraid to go for mine. My beef isn’t with them directly, it’s with whoever did this. They don’t even have to know us for this to happen. Those that know and have met us know we grind hard for ours and we know a lot of industry ppl. So if y’all wanna see @TheRealGlam‬ get what we feel we deserve, then show support or if you witnessed it being our song first. Celebs are ppl too. Yea they get what they want because they have money and high standard. But there is only 1 GOD. He is about to exalt US and show the world how big HE is. I speak it in Jesus name. The battle is not ours! ‪#‎thecomeupisreal‬ #feelingmyself #therealglam #grindlikeamillionaire #majorwithoutmajors

Check out the two versions of “Feeling Myself” below and let us know what you think. 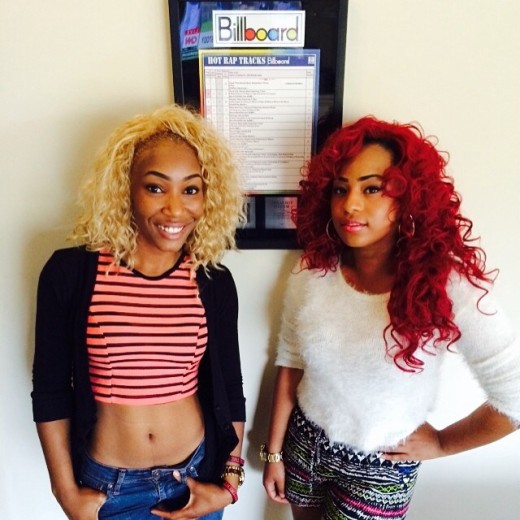 The Real Glam, pictured above.